What You Need To Know About the Farm Bill But Were Too Afraid To Ask! 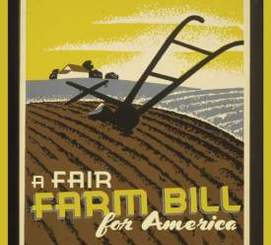 Where has our democracy gone? Perhaps our government is playing a game of neener-neener-neener in retaliation to the Occupy movement…The house and senate agriculture committees have been tasked with fast tracking the 2012 Farm Bill which isn’t set for its five-year renewal till September 30, 2012.

Let your congressman know how you feel, CLICK HERE

Why the rush? It comes as a mandate from a super committee of six senators and six house members who are cutting $1.2 trillion from the federal deficit over the next ten years. The super committee was formed to address the deficit crisis. The USDA’s $300 billion budget (aka, Farm Bill) is responsible for cutting $23 billion. $15 billion is set to come from subsidies, $4 billion from conservation programs, like “Know Your Farmer, Know Your Food,” and even $4 billion from nutrition programs like SNAP (Supplemental Nutrition Assistance Program). The $15 billion is aimed at reducing some of the wasteful direct payments made to farmers. These were payments not for the losses they incur, low yields they produce or even land that was in operation. No, these were payments just because these farmers had land available for commodity crops. Good riddance, right? Well, not if big ag lobbyists have anything to say. Instead, new subsidies with fancy new names are being proposed that essentially do the same thing to cushion commodity farmers when prices drop. If grassroots lobbyists had the same power and money to persuade politicians, perhaps a face lift for their programs would have the same effect. 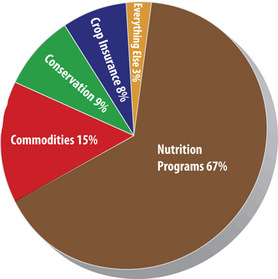 Reps. Ron Kind (D-WI) and Earl Blumenauer (D-OR) have submitted a petition from 26 congressman opposing the “secret farm bill” calling it undemocratic to push such critical legislation along so swiftly without public comment or debate. The ag committee’s recommendation is due this week. The super committee will then make a final decision on November 23rd. All the other cuts working to whittle down the $1.2 trillion are due as well. If the ag committee fails to come to an agreement in time, the super committee will start to make cuts of their own. If the situation could get worse, it most certainly will.

Rushing things does not help the case for progressive new programs like The Beginning Farmer and Rancher opportunity Act. Those will be the first to get hit. The frenetic pace to close a deal does not create an environment for evaluation and reform. Under pressure to meet the deadline, these closed-door meetings will probably vote in favor to keep the commodity and crop insurance programs relatively in tact. The Farm Bill is intended to support the entire agricultural system and build equity through the entire supply chain from grower to consumer. The very essence of the Farm Bill is undermined by the super committee’s mandate. How can a good job be done and the best interests of all be considered with this kind of pressure? As Daniel Imhoff said in his October 3rd Farm Bill article in The Nation, “At its worst, the Farm Bill perpetuates the counterproductive policies and priorities of American agriculture.” Looking like another bad year. 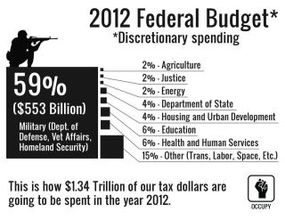 The Farm Bill represents 2% of total federal spending compared to the 42% for the military which could go as high as 59% in 2012. It seems if the government wants to save money, they are barking up the wrong tree. The Agriculture department needs to be reformed and money reallocated towards  conservation efforts which are helping to expand and support a more sustainable food system.

In this economy, the Farm Bill should be seen as a jobs bill. If allowed to reach its full potential, the Farm Bill could pay for itself with the economic stimulus it provides the food movement. In Daniel Imhoff’s The Nation article, he pointed to The Beginning Farmer and Rancher Opportunity Act and Agriculture Secretary Tom Vilsack’s plan to create 100,000 NEW farmers. And programs like the Organic Agriculture Research & Extension Initiative could be leveraged to help conventional farms transition to organic. Now we’re cooking….create new farmers and help transition conventional farmers with loans, education and marketing support!

If given the time it deserves, the Farm Bill would hear from nonprofit organizations like The Environmental Working Group on their recommendations for 2012:

The Ag committee was meant to have their recommendation by Monday, November 7th. Hopefully, enough pressure has mounted to give the Farm Bill not just an extension but the time it rightly deserves…September 30, 2012.