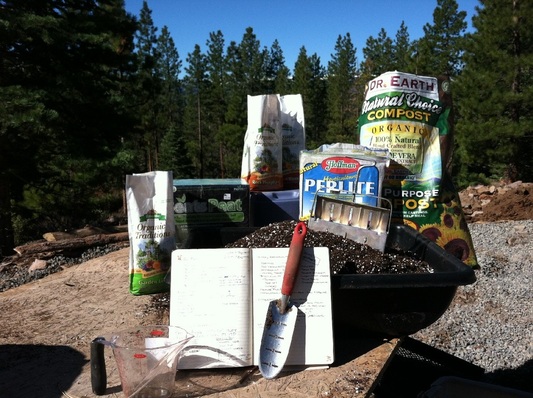 In the 80’s, there were these hideous sunglasses called Blu Blockers made famous by an infomericial featuring a catchy, rap jingle. When I heard of soil blockers, that was the first thing that came to mind. Haha!

Soil blockers and Blu Blockers, however, do have one thing in common…the sun! Soil blockers are an alternative way of growing plant starters. Instead of using a bag of potting soil and plastic trays, you make your own potting mix and press the mixture into a handheld machine that pumps out little blocks of soil complete with a little divot in which you place the seed.  Soil blocks are great not just because you don’t waste plastic starter trays but because you are making your own potting soil from scratch, which is always better, and with soil blocks, the roots of your starters are less prone to get root bound than in traditional plastic trays…somehow the roots of the plants sense the edge of the block and stop growing.

Bottom line, soil blocks are really fun to make and a great project for kids. You feel a little like you are making cookies using a recipe and molding the batter into shapes. It is definitely a little more expensive but the ingredients go a long way much like the ingredients for cookies…Once you make the initial investment like with flour and sugar, you can make many batches. In addition to the supplies for the batter, you need the soil block machine. I use the 2″ block that makes four soil blocks at a time. They are $29.95 and available online (larger models that press more blocks are available).

As you get your starters ready this spring and summer, consider making the switch. You’ll be glad you did! Here is a link to a nice video I found on how to make soil blocks. I first learned about soil blocks from the master, organic gardener himself, Eliot Coleman. He has a lot of great information on his website as well. Below are a couple progression photos to give a better idea for how it works and here is the recipe I use for making my own soil blocks:

** peat bogs store lots of carbon dioxide. When they are farmed for agricultural purposes, all that carbon is released into the atmosphere and contributes to global warming. All the world’s peat bogs store approximately 562 billion tons of carbon—more than all the trees in the world. SAVE THE PEAT BOGS…use coir! 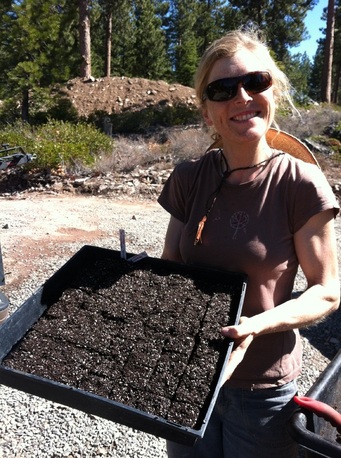