If You Want Something Done Right… 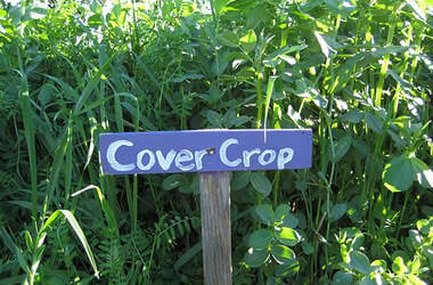 The debate between organic and conventional agriculture is not nearly as polarized as the news would have you think. There is a large gray area in the middle where conventional farmers are transitioning to more sustainable practices but not necessarily organic, at least yet.

I’ve often thought (and blogged about it. Click here for article 1 and article 2) that real change in the way we grow food is going to come from the farmers. They see first hand the devastating impact that chemical fertilizers and pesticides have on their land. They are also starting to see the money they could save in synthetic inputs by farming more ecologically and still have the same, if not better, yields.

Massive and sweeping change in the agricultural industry is probably never going to happen at the scale we would like. And for sure, the change is not going to be driven from the deep pockets of Monsanto. Rather, it’s going to start at a grassroots level.But it isn’t going to require that farmers convert cold turkey, however, and go organic overnight. It starts with baby steps like utilizing cover crops and crop rotations to better manage soil. Twilight Greenaway wrote a great article for Grist.org entitled, “Feed your soil – and the rest will follow.” Here’s my summary…

Instead of leaving a field fallow or bare over winter, a cover crop keeps roots in the ground feeding the soil food web 365 days year. Combined with a crop rotation, a field won’t see the same summer crop for 2-3 years rotating a crop like corn with, oats, alfalfa and soy. Combined, cover crops and crop rotations reduce soil erosion, replenish lost nutrients, minimize pest outbreaks and grows stronger, more resilient plants. The secret behind these two simple strategies is how they build organic matter in the soil! Organic matter is the living part of the soil like microbes and fungi. Without organic matter soil is just dirt…clay, sand and silt (the inorganic bits). And dirt is what we are left with when land is farmed strictly conventionally because not enough organic matter is added to the soil and the little that is gets killed by the synthetic applications.

Non-organic farmers like David Brandt have been employing these practices for years and have the results to prove it. “This past summer, despite the drought, Brandt harvested 120-150 bushels of corn per acre compared to his neighbors who averaged 40-50 bushels. Plus, he is only using 2.5 gallons of diesel fuel per acre for applications compared to 30-40 gallons.” You don’t have to be a rocket science to realize that “$10 to farm an acre is much more economical than $120 per acre. The fastest way to a greener agricultural system is through a farmer’s wallet!

Why the drastic difference? Soil rich in organic matter and living organisms can retain water better enabling it to weather drought years. And cover crops and crop rotations grow healthier plants which require fewer synthetic inputs. The fewer fertilizers and pesticides and less diesel fuel is needed to power tractors to apply it.

The USDA’s Natural Resources Conservation Service (NCRS) manages $27 million/year in funding for agricultural programs which promote soil health. But its up to the farmer to opt in. The funding is already low so the NCRS waits for farmers to come to them. With the farm bill in jeopardy of not getting passed, the agency may have even fewer funds to work with next year. Let your voice be heard and ask congress to not shelf the farm bill but to reform this very important piece of legislation. SIgn the petition by clicking here.